With my living space just about finished, I had a couple more DIYs planned to finish up the place. First, I wanted to make some new pillows for the couch. Second, I wanted to make a liner for the basket we use as a trash at our desks. I made some measurements and I was off to the fabric store.

I got both of the fabrics I used from the remnant section of the store. This is where the fabric at the end of a bolt goes, or the fabric that was cut by mistake or cut, then the customer changed their mind about it. It’s sold as is, so you have to buy the whole piece, no cutting it down further, but you also get it at a discounted price. I managed to find a piece of canvas that was just big enough for my trash liner and a piece of suit fabric that I really liked and was plenty big enough to make a couple pillows with. I also got some poly-fil for the pillows. 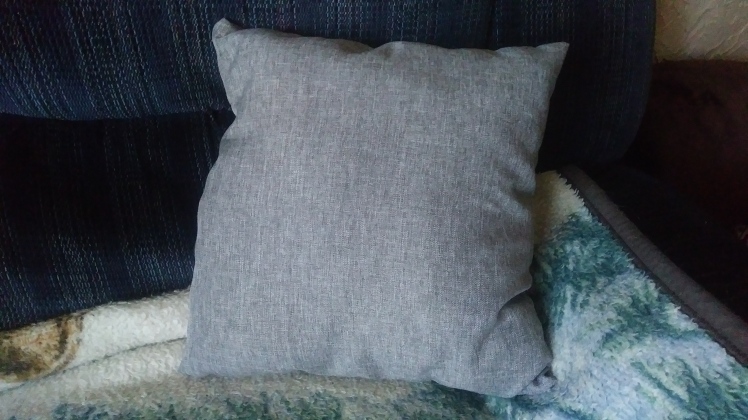 We only had one pillow before, and it was old and ugly. It served it’s purpose, but we were due for an upgrade. I actually don’t think I’ve ever bought a throw pillow before. I’m not a big fan of decorative pillows, and pillows like this are so easy to make, it’s always made more sense to me to make one exactly how I want it than to spend way more money to find a pillow I like.

I made 2 pillows by cutting out rectangles measuring about 14″ x 28″ with my fabric. I folded each rectangle in half and sewed the free edges together with my sewing machine, leaving a small gap to turn the fabric inside out. Then I stuffed each pillow with poly-fil and hand sewed the gap shut with a hidden stitch. I didn’t take pictures while I was sewing, so forgive my explanations if they’re not very clear. I can make a more detailed post later with step-by-step pictures if anyone’s interested.

We have a wire basket that we use as a trash can when we’re at our desks, but the wires have fairly large gaps between them, so I wanted to make a canvas liner to keep smaller bits of trash from falling through the holes onto the floor. We used to use plastic liners for this purpose, but they’re pretty wasteful since I can just dump this into our kitchen trash before I take the garbage out, and also my cat likes to chew on plastic bags sometimes. We mostly use this trash for papers and tissues and sometimes snack wrappers, so I wasn’t worried about using fabric for a liner since we don’t put anything that might spill in this trash. I wanted to use something thicker like canvas so that it wouldn’t get dirty as quickly as a thinner, softer fabric. 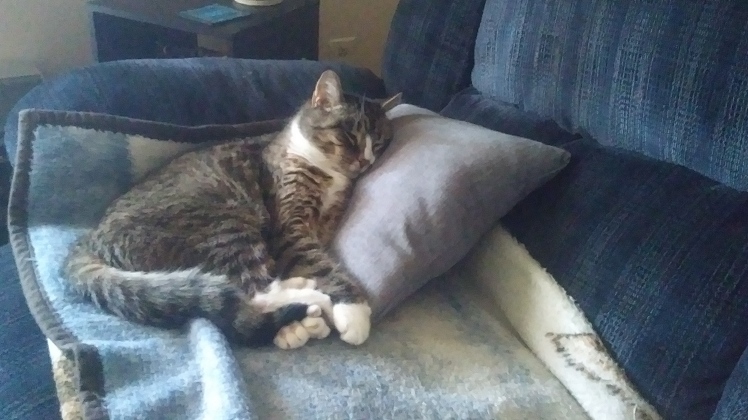 I’ve been wanting to sew something for a while, so these were a lot of fun to make, and the trash liner was a challenge to figure out. We’re happy with how they came out, and even my cat approves.